Аntimicrobial Use and Resistance Map

The Center for Disease Dynamics, Economics & Policy (CDDEP) developed ResistanceMap - a  web-based collection of data visualization tools that allows interactive exploration of antimicrobial resistance (AMR) and antibiotic use trends in countries across the globe.

In the current iteration, which is supported by a new grant from the Bill & Melinda Gates Foundation, CDDEP has expanded ResistanceMap to include more up-to-date AMR data from invasive isolates only from the countries included in the previous iteration of ResistanceMap, as well as additional countries including. The primary sources of data are public and private laboratory networks that routinely collect AMR test results.

CDDEP first developed ResistanceMap in 2010 to display national and some subnational AMR data for the United States, Canada and over 30 European countries for the year 2009, as well as antibiotic use data for the United States from 2000 to 2009. In addition to updated and expanded AMR data, this iteration of ResistanceMap also includes antibiotic consumption data from 75 countries from years 2000 to 2014 obtained from IQVIA's MIDAS and Xponent databases. Moreover, this iteration includes an update to the web tool itself, so that non-technical users can more easily explore trends in antibiotic use and resistance around the world.

- Resistance data from 46 countries are represented. 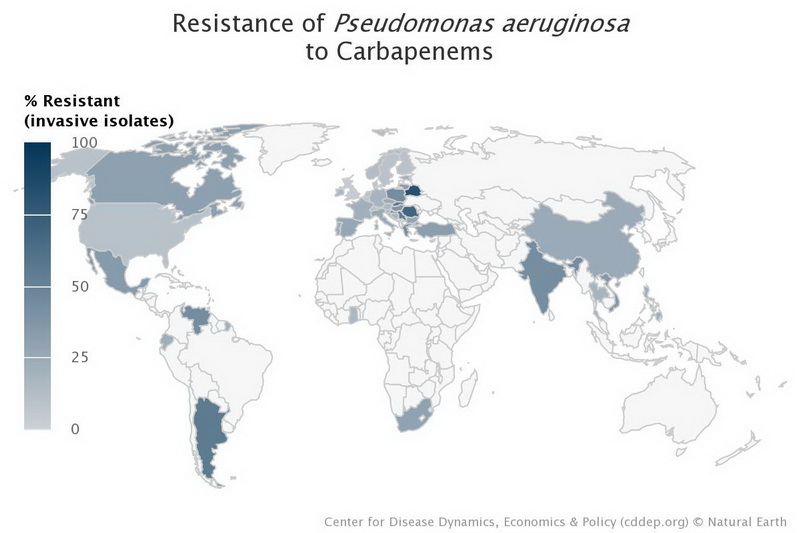 #antibiotic resistance
Self-medication may be harmful to your health